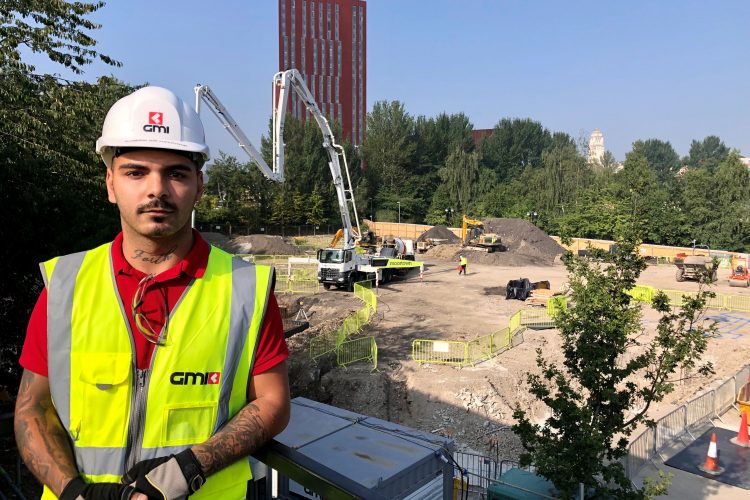 One of our major North East projects has got off to a flying start in Leeds city centre.

Earlier in the year we were appointed as the main contractor to construct a £40m purpose-built student accommodation scheme on Carlton Hill, and already our site team has made impressive progress.

The scheme is still in its infancy after subcontractors completing the demolition of the former student accommodation. All the materials have been reused for groundworks, and now steel fixing is being carried out along with concrete pours as we develop the slab.

The site, which will eventually be transformed into residential living (604 unit block), has been immaculately put together by Roy Perry, Senior Project Manager, and Baba Daniel, Site Surpervisor.

The standard has been set by the duo and the rest of the delivery team, including Mike Kershaw, Joe McDermott and Sam Boys, who have thought of everything to give them the opportunity to deliver an outstanding product.

Baba, who is rising through the ranks after originally joining GMI as a skilled labourer 12 months ago, said: “I’ve been here since April and with Roy’s guidance, the site has been set up to the high standards that GMI expects.

“It’s a huge scheme and we wanted to give it the full treatment to ensure we have a well run site to match the quality of the build.

“Roy, Mike and the team have invested a great deal of time and effort to get things looking good from every angle and I think we have achieved it. Now the focus is to get the job done, while maintaining this standard of excellence all the way over to handover.”

The development, on Carlton Hill in Leeds, will see the demolition of a 20-year-old residence for 239 students and its replacement with a bigger block for 604.

The new building, which will be 15 storeys at the highest point, is expected to be completed and ready for students by September 2023.